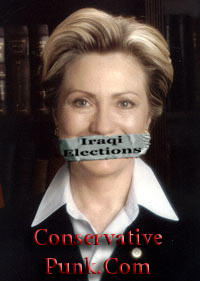 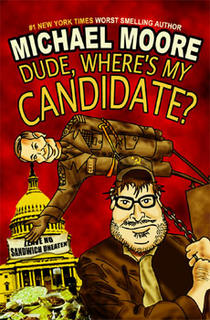 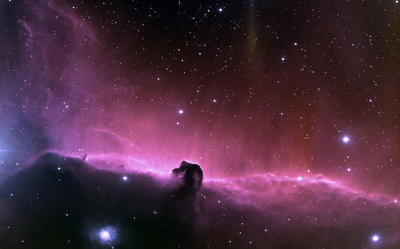 As any real Bible believer knows, the liberal evolutionists are a pack of self-conceited air-headed idiots. No surprise, for the Bible declares, "the fear of the Lord is the beginning of wisdom." Scientific journals have been filled for decades with the scribblings of these God-defying reprobates. But their "pillars of wisdom" are crumbling fast... although they are scrambling to deny it. Following is an exerpt I found interesting.
You'd never know it from official news releases, but the Big Bang is broken and can't be fixed. A concession speech may be unlikely in 2005, but the progressive decline of one of the twentieth century's most popular theories now seems inescapable. The Big Bang has lost its theoretical foundation, which was the Doppler interpretation of redshift (linking redshift to the stretching of light wavelengths as objects move away from us). It is now known that, while almost all observed galaxies are redshifted, the Doppler interpretation of this shift does not provide a reliable measure of velocity or (indirectly) of distance. Quasars and galaxies of different redshift stand in physical proximity to each other and are observed to be connected by filaments of matter. Quasars, whose high redshift would place them at the outer edges of the visible universe, are in fact physically and energetically linked to nearby low-redshift active galaxies.

The Big Bang was dismantled by direct observation-including a highly redshifted quasar in front of a nearby galaxy! In the rise and fall of the Big Bang hypothesis no name looms with greater distinction than that of Halton Arp, the leading authority on peculiar galaxies. Over decades, Arp amassed meticulous observations challenging the standard use of redshift to prove an expanding universe. But astronomers ignored or dismissed Arp's work, insisting that his conclusions were either erroneous or impossible. Arp lost his teaching position. Then he lost his telescope time and had to move to Germany to carry on his work at the Max Planck Institute.

For established science the greatest embarrassment could come from public realization that, for decades, astronomers suppressed the warning signs. The critical challenge was raised years ago, as early as the 1960's, when Arp began publishing his findings. To his credit, Cornell astronomer Carl Sagan acknowledged the problem when he was writing Cosmos (published in 1980). But in the following years the politically influential looked the other way, and the word quietly went out to science editors at major newspaper and news magazines that Arp had been fully answered and no more time was needed on the question.

Here is an interesting historical fact. For many years it has been known that the map of the universe acquires a bizarre appearance when you let redshift determine distances. Suddenly galactic clusters stretch out in radial lines absurdly pointing at the earth. The effect is called "the fingers of God," and the earth-directed "fingers" span billions of light-years.
While big bang theorists have cobbled together "explanations" for small-scale examples of the effect, the picture as a whole can only be illusory. The galaxies are not, in fact, stretched out on radial lines from the earth in the way suggested by the "map", but the invalid Doppler interpretation of redshift does create that ludicrous picture. Rationalizations of this effect have been a disservice to science. Theorists should have stopped to notice the obvious.

The failure of the Big Bang hypothesis could be the tipping point in the collapse of modern cosmology, with reverberations affecting all of the theoretical sciences. No domain of scientific inquiry stands in isolation. It is now known that intense electric discharge (such as coronal mass ejections from the Sun) can generate a redshift having no connection to relative velocities. But cosmologists developed their ideas about redshift and the Big Bang under the assumption of an electrically inert universe. Their theoretical starting point invariably shaped their thinking about the birth of galaxies. And these ideas, in turn, conditioned scientific reasoning as to how a galaxy's constituent stars came into existence. Concepts of star formation further constrained scientific reasoning about planetary origins and the evolution of life. From the core of intertwined assumptions, the chains of logic reached out to inspire-but also to shackle-human exploration.

In this environment, cosmologists and astronomers were free to present the expanding universe and the orthodox age and size of the universe as facts. Alongside these "facts" have come a host of mathematical fictions: from dark matter and dark energy to the ever popular "black hole". Though much of today's exercises in esoteric mathematics came after publication of Sagan's Cosmos, America's favorite astronomer in the 1980's had registered a timely warning: "If Arp is right, the exotic mechanisms proposed to explain the energy source of the distant quasars--supernova chain reactions, super-massive black holes and the like--would be unnecessary. Quasars need not then be very distant".

Over the past quarter century the pure mathematicians, with little or no interest in experimental science and only a passing regard for direct observation, have indulged in a carnival of speculation. But it is mind altering to realize that almost nothing revealed by our more powerful telescopes was anticipated by these theorists. We now observe a superabundance of fine filaments across vast reaches of space. In the electrically neutral cosmos claimed by gravity-based cosmology, these filaments find no credible cause. But in plasma experiments with electric discharge, they are predictable.

Nobel laureate Hannes Alfven, the father of plasma physics, showed that cosmologists are mistaken when they imagine that magnetic fields can be "frozen in" to a plasma. Electric currents are required to sustain cosmic magnetic fields. And now, everywhere we look we see magnetic fields at work: electricity is flowing across immense distances in space. At both the stellar and galactic scales, these currents interact with the magnetic fields they induce to create complex structure-strings of galaxies, galactic and stellar jets, and beautiful bipolar stellar nebulas-all with features never envisioned by gravitational theorists, yet corresponding in stunning detail to plasma discharge formations in the laboratory.

Will the year 2005 see a new beginning for cosmology? When you consider the sheer momentum of earlier theory, together with the potential costs in terms of reputations, public funding, and threatened jobs, it would be foolish to expect the "tipping point" to mean a wholesale abandonment of the Big Bang in one year. Discredited theories rarely meet either an instantaneous or a quiet death. But we can confidently predict a year of rapidly growing controversy, on an issue whose final outcome is indeed certain.

Don't expect this information to turn the Christ-rejecting academic world on its ear. A prudent observer will keep in mind that true wisdom and knowledge is "hid in Christ". Without Christ, the lost may (even willfully!) cling to their lies until they end up in the Lake of Fire. Academic blindness and willful ignorance have their roots in spiritual blindness. The only cure is salvation through faith in the shed blood of Jesus Christ. The "wise" men of this world may be too proud to "stoop" to such simple faith. The wisdom of God is foolishness to them.
Posted by Craig Lowery at 9/13/2005 08:10:00 PM

I am surprised that a stone mason, one who works with ancient materials, would have such a backward attitude. I remember when the well driller, who drilled our well told me to look at the rock chips coming up out of the hole he was drilling. I asked what I was lookng at and he said there is the proof that the earth is more than 4000 years old. I couldn't agree more. I understand, however, that you must cling to your beliefs or else your life would fall apart. That would be unlike the rock you work with, which only depends on itself and has no foolish expectations.

It is interesting that you choose to post anonymously. In answer to your comment, first of all, the Bible doesn't say the earth is 4000 years old. Adam was made of the dust of the Earth more than 6000 years ago, and the material God used to fashion the "creation" described in Genesis was already in existence... created "in the beginning", before Lucifer's fall. If you were to study the geologic phenomena of the Mount St. Helens eruption, you would realize that most of what you were taught in school about geology is fiction. Huge valleys and canyons are carved in a matter of hours, not millenia, by mud flows in the aftermath of large-scale volcanic eruptions and floods... like Noah's flood. Coal beds form not in peat bogs, but in lake and sea beds from the bark that sinks from floating logs... which had been forests before the catastrophe. The ancient Romans used volcanic ash and sand to make "stone"... which is exactly what happened about 4500 years ago on a global scale, in the aftermath of the Flood. That, my friend, is real science, not the fairy tales they teach in the government schools.

Furthermore, there was a university study done on the segregation of aggregates by moving water and air. The results showed that the assumptions used by geologists in "determining" the ages of rock strata are completely erroneous.
On another track, the "ice age", such as it was, lasted a very short time and occurred as a result of the Great Deluge (Noah's Flood). There's a book on the subject written by an astrophysicist.
Neither my beliefs nor my life are in any danger of "falling apart". Both are founded upon a Rock, and that Rock is Christ, who made the worlds and all that is in them. You speak of "proof"? You know not whereof you affirm.

Here's a good one for you to chew on: The wooly mammoths froze to death with tropical vegetation in their stomachs. I guess they couldn't walk a few feet a year to keep ahead of the "glacier"? Have you ever seen the movie "The Day After Tomorrow"? Whatever happens to this old world, I know where I'll spend eternity. What about you? Will you, like the rock of which you speak, "depend only on yourself"? And if my "foolish expectations" are wrong, what have I lost? If yours are wrong, you will have lost everything. That was "Pascal's Wager". Are you willing to wager your eternal soul?

What is the source of this information? I have read things the would dispute that claims such as "The food found with the mammoths were arctic species. Some mammoth deaths would have been sudden, but there is no evidence of sudden climate change."
http://www.talkorigins.org/indexcc/CC/CC361_2.html

It was called to my attention that I hadn't addressed the last comment. In fact I did, but confusion arose from the fact that nearly identical comments were posted on the same day (Sept. 18) here (see above) and on my Sept. 18 blog post. The question is answered there in the blog and comments. Sorry for the confusion. Hope this helps. The pertinent info starts around the third paragraph or so. This gets confusing, as it involves checking my own as well as others' blogs and comments.