The Virtue of Intolerance 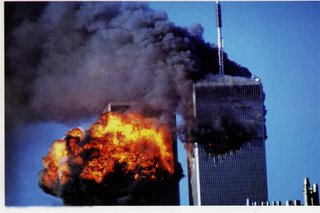 The following material is exerpted from an article that appeared several years ago in a publication called The Resister, The Political Warfare Journal of the Special Forces Underground. It was written by retired and active duty Special Forces officers, and was a "clandestine" publication. Its content and philosophy are truly timeless wisdom. It is sure to rattle the chains of the politically correct droids trained in our government schools over the past thirty years.

So without further delay here it is:

THE VIRTUE OF INTOLERANCE

Although we are growing a little weary of the incessant attempts by tribalist pressure groups and extortion rackets to label The Resister as "racist" and "extremist;" yet so long as those groups persist, (groups whose sole purpose is to implement fully nondiscriminatory egalitarianism ( which by definition demands the abandonment of all objective standards of value) we will continue to expose their agenda for what it is: the desire to destroy the good because it is good. The specific method employed by these gangs is an appeal to "tolerance" for "others." The "others" referred to in all cases are, of course, themselves. Their specific demands, in the name of "tolerance," are the silencing of any discourse on the immorality of their ideas, the suspension of any judgment on the consequence of their ideas (their actions), and the criminalization of any "discrimination" against them (in other words, freedom of thought and freedom of association.)
In the vocabulary of tribalist-collectivists "tolerance" means surrender to and acceptance of any whim-based act or wish-based demand that advances their goal of standardless, valueless egalitarianism. In short, their demand for "tolerance" is nothing less than a demand for moral and ethical agnosticism; a demand that no judgement- no distinction- ever be drawn between good and evil.
"Tolerance" is yet another anti-concept that tribalists and collectivists demand be accepted without question. As an anti-concept the word "tolerance" evokes an emotional response, not reasoned thought. "Tolerance" demands that primitive behavior be equally accepted as civilized behavior. It demands that immoral behavior be equally accepted as moral behavior, that lies be equally valid as truth, and that irrationality be equally regarded as reason. In other words, "tolerance" means nothing less than endangering that which is good for the sake of that which is evil in the name of "hope" for "understanding." The undefined sub-categories of "tolerance" include the terms "diversity," which means compromise, and "inclusive," which means standardless. "Tolerance" therefore is nothing more than a feel-good term for appeasement.
The decretum: "Judge not, that ye be not judged..." is a baseless demand that man abandon all standards of value and morality and surrender his mind to the first mystic or whim worshiper who whines "who are you to judge?" That appeal contends that there is nothing to know, there is no reality, and therefore there are no absolutes to which an individual must adhere. It means the abandonment of principles, upon which individual judgment is based, and the renouncement of standards against which principled judgment is gauged.
No rational man should ever hesitate to pass moral judgment on the irrational, the immoral or the evil. A rational man has a responsibility to himself, in respect for himself and the truth, to champion the rational, the moral and the good. All issues have exactly two sides; one is the truth and the other is a lie. Any compromise of the truth, any middle ground, any appeasement of untruth is an unspeakable evil. The man who adheres to a lie may still have some respect for the truth if he accepts responsibility for his choice. However, a man who compromises the truth to seek a "consensus," or abdicates the truth to find a "middle ground," a compromise, or to appease, is a coward and a blackguard who shuts out the truth in order to pretend that he has no choice in the matter and that no values exist.
Advocates of " tolerance" are mystics who contend that the subject requiring "tolerance" must be forgiven anything and that morality can be dismissed completeIy if only we have enough love and understanding for the criminal or the depraved.
Some broad examples. When Mexican peasants swarm across our Southern border, demanding the "right" to be parasites, and then further demand that Spanish be as equally recognized as the English language, they are demanding that their criminal presence, the redistribution of wealth they could not conceive of creating themselves and their degradation of a language they refuse to learn, be regarded with "tolerance." When street savages riot, loot and burn their own neighborhoods we must "tolerate" their savagery because they behave like savages. Homosexuals must be "tolerated" because they are sexual perverts. Feminist demands for undeserved egalitarianism must be "tolerated" because they cannot demonstrate equal merit.
In each of the above examples "tolerance" means the appeasement of criminality, savagery, perversion and meritlessness for no other purpose than the destruction of the regard for law, civilization, and objective standards of morality. A failure to pass objective moral judgment on subjective immoral actions, statements and beliefs is a surrender to immorality, lies, and irrationality.
"Tolerance" is not a virtue. It is a surrender of virtue; a compromise of integrity, a moral appeasement to the willfully evil. "Tolerance" is an abandonment of philosophical principle in favor of psychological mysticism.
The decretum: "Judge not, that ye be not judged..." is an unconscionable submission to compromise and appeasement. Our decretum is: "We, judge, and are prepared to be judged."
Intolerance of irrationality, compromise and appeasement is unquestionably virtuous.

Well... there it is. I suppose the mindless liberal droids will choke on it, call me a "troll", a bigot, a hate monger, a right-wing extremist... the usual name-calling drivel and response from those who lack the intellectual wherewithal, mental discipline, and/or character to have an intelligent discussion. Hm-m-m... I just remembered a quote from an "old" book that was popular 20 or 30 years ago. Its title was "Atlas Shrugged". The general drift of it was that the libs despoil all that is good and will inherit the mess they have promoted. They deserve it. Or, to put it another way, they have sown the wind and will reap the whirlwind.